home Blog Psst some privacy please!!!.....playing in a Sandbox 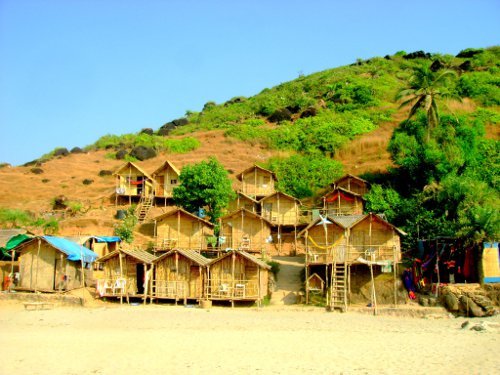 Ok Ok...the above pic isn't a sandbox but of cottages by the sand taken during one of my trips to Goa, but it should still be enough to set the tempo for this blog post....and also hopefully take the people here to a nice tranquil place by the sea....the sun....the sand :)

So I've been toying with ideas on how we can sandbox the applications run by eBrainPool and enhance security and privacy. Our goal is that applications should run from a remote device but behave just as though it were a natively installed application. A user should be able to work on the data on his local device just like the software were actually installed on their device. In addition, neither party should be able to see each other's data but most importantly the host serving the application needs to have their data, configuration files, password files all safe and locked away. In other words we need a sandbox.

I've been going through what options we have and have come across quite a few sandboxing technologies such as chroot, Google's Chrome sandbox, SELinux sandboxing but the one that has struck a chord with me is the Linux Container (LXC) mechanism.

What this means in our context is that using LXC we can have a virtualized container that uses the same kernel as the host but isolates resources such as the filesystem,networking,etc. My experiments with this have let me create a new container that shares the /usr, /bin, /sbin, /lib and /lib64 directories from the host. These directories are mounted readonly in the container. Therefore we can run the same software on the host inside the container. The container has its own /etc and /home directories complete with its own root and an ebp user. This gives us complete process,user and configuration/data abstraction from the host. Finally the container has it's own sshd and avahi-daemon processes running and does not share the X server on the host.

I'm currently toying with easy ways to have access to the network from inside the container. On eway that I have tested is to replace my eth0 on the host with a bridge, the container's veth network module then connects to this bridge. This works fine, however requires changes on the host system.

I'm currently working on creating a separate network bridge for the container and then routing traffic between my this and the host network interface. http://wiki.debian.org/LXC/SimpleBridge explains the technique however I'm trying to tweak this to best suit our needs. So stay tuned as I enjoy playing in the sandbox :)